To wrap up Roboat’s second year of research – the research program on autonomous vessels that helps solving urban challenges of the city of Amsterdam – the first autonomous Roboat prototypes were demonstrated at Marineterrein Amsterdam on October 5th.

The program is a collaboration between Massachusetts Institute of Technology (MIT) and Amsterdam Institute for Advanced Metropolitan Solutions (AMS Institute). During the second year of research, important results were achieved, including autonomy of the vessels and a latching system to link and dock individual vessels. In addition, the feasibility of various use cases in the field of waste logistics and food distribution were explored.

Autonomy achieved
Depending on the assignment Roboat is given, the boat is able to determine the optimal route from A to B in the Amsterdam canals. Roboat does not only consider how busy it is on the water, and incorporates the characteristics of the canals and bridges such as width and height, it also takes into account possible obstacles that it might encounter on the canals. In order to accelerate the tests and development of the technology behind the autonomous navigation, current prototypes are developed on a 1:4 scale model.

The position of the vessel is determined with the help of LIDAR (Laser Image Detection and Ranging), supplemented with camera imaging and GPS sensors. When the vessel encounters an object in the water, Roboat can determine whether it is a stationary or moving object and how far the object is. The vessel then determines the best manoeuvre to avoid the obstacle. After passing the obstacle it continues its optimal route. This so-called motion planner is self-learning and adapts its abilities based on the experience of how the manoeuvres are executed, to keep improving future execution. Next to this, algorithms learn to recognize the behavior of different types of objects and other boats on the water. The more hours the vessel navigates the canals, the better the estimates become.

Creating temporary infrastructures
As the vessels can be latched to each other, temporary infrastructures can be set up to create bridges or platforms, or for example, Roboat units can function as push and tug boats. In the second year of research, the mechanism for latching or docking vessels to the quay was further developed. The vessels can determine each other’s position on the water by using GPS. When the vessels have approached sufficiently to come into sight, LIDAR takes over local positioning. When even closer, the camera is used, which recognizes the visual indicators of the latching mechanism. This is the last step before the mechanism is activated, that links the vessels to each other or docks them to the quay.

Autonomous coordination of linked platforms
Roboat’s autonomy and control system is designed in such a way that the system can also control several vessels connected to each other. The algorithms for this purpose were developed in the second research year. By means of these algorithms, the vessels intelligently coordinate interaction and collaboration. The Roboat units that are linked together form a single organism that can navigate and move in a coordinated way.

Real-time water quality measurements
As part of the Roboat project a new type of sensors is being developed and tested. These sensors continuously measure the water quality while the autonomous vessels move throughout the city. Based on the data they gather, a better insight is gained into the quality of surface water and water flows, which contributes to urban water management. In a city where a quarter of the surface area consists of water this is of vital importance for, among others, the health of its inhabitants. In collaboration with Waternet, the research is looking into how the new type of sensors can complement current water quality measurements at fixed locations and basic sensors installed on a manned boat of Waternet.

Creating a better balance in the Amsterdam city center
As 25% of the city of Amsterdam consists of water surface, Amsterdam offers the ideal environment to expand its current infrastructure with the deployment of autonomous vessels, alleviating pressure from the relatively small but busy city center. For example, by using Roboat to collect waste from Amsterdam’s city center, the number of traffic movements within the city center can be reduced. For the scenic views on the Amsterdam canals Roboat offers a more attractive way of collecting household waste, which is currently still being placed at the curbs of the canals, distorting the view on the canals, taking up a lot of space and attracting rodents.

By placing the containers in the water, Roboat offers an alternative to the current built-in underground containers used throughout the city, which are unsuitable to be placed within the fragile quays of the canals. Assuming that residents are willing to walk a maximum of 110 meters to dispose of household waste – the average distance Amsterdammers need to walk in other neighborhoods to bring their waste to the underground containers – approximately 48 floating containers need to be deployed in the canals to offer sufficient capacity. When the containers are full, a Roboat tug boat navigating autonomously will take the floating containers to the waste processing platform. With one vessel, the household waste of about 1100 households can be collected in a flexible and quiet way, without taking up space on the street.

Refining use case applications
Part of the research is that possible application areas are assessed for their innovative character and added value for the city and its inhabitants. The use cases for food distribution and temporary floating markets for IJburg and the Havenstad area, of which the latter has yet to be developed, show insufficient potential because of Amsterdam’s rich supermarket density. On average, Amsterdammers only have to travel 400 meters to the nearest supermarket for good access to healthy and affordable food.

Looking ahead to next year
In the third research year activities will focus, among others, on: 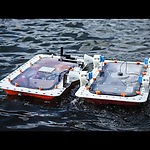 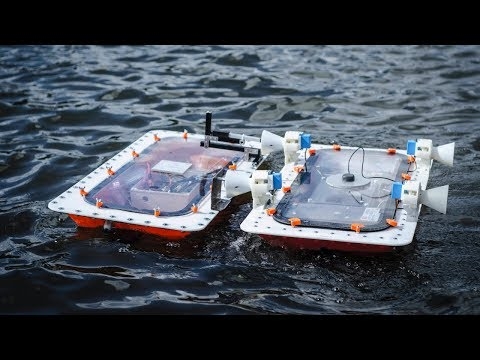 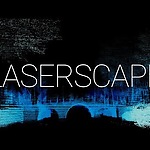 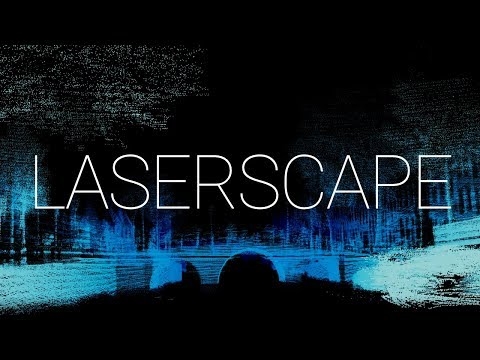