In its third year of research the Roboat team has improved technical and functional capabilities of the fleet of autonomous boats. With focus on latching capabilities and ‘shapeshifting’, where the boats autonomously reassemble into various configurations.

The city of Amsterdam envisions a future where fleets of autonomous boats cruise its many canals to transport goods and people, collect trash, or self-assemble into floating stages and bridges.

About a quarter of Amsterdam’s surface area is water, with 165 canals winding alongside busy city streets. Several years ago, MIT and the Amsterdam Institute for Advanced Metropolitan Solutions (AMS Institute) teamed up on the Roboat project. The autonomous boats — rectangular hulls equipped with sensors, thrusters, microcontrollers, GPS modules, cameras, and other hardware — will provide intelligent mobility on water to relieve congestion in the city’s busy streets.

One of project’s objectives is to create Roboat units that provide on-demand transporation on waterways. Another objective is using the Roboat units to automatically form “pop-up” structures, such as foot bridges, performance stages, or even food markets. The structures will be able to automatically disassemble at set times and reform into target structures for different activities. Additionally, the Roboat units could be used as agile sensors to gather data on the city’s infrastructure, and air and water quality, among other things.

Latching with milimeter precision
Roboat can now identify and connect to docking stations. Control algorithms guide the Roboat units to the target, where they automatically connect to a customized latching mechanism with millimeter precision. Moreover, the Roboat notices if it has missed the connection, backs up, and tries again.

Roboat uses custom computer vision and control techniques. Each Roboat has a LIDAR system and camera, so they can autonomously move around the canals. Each docking station, or connecting boat, uses a tag which resembles a simplified QR code to calculate the exact position and orientation relative to the tag. Using that information combined with the camera, the Roboat steers itself towards the tag. By keeping the camera and tag perfectly aligned, the Roboat is able to precisely connect.

Shapeshifting to create various Roboat configurations
In the third year of research Roboat has also developed new capabilities to ‘shapeshift,’ autonomously disconnecting and reassembling into a variety of configurations, which makes Roboat able to form a wide variety of floating structures.

A newly developed algorithm enables the Roboats to smoothly reshape themselves as efficiently as possible. The algorithm handles all the planning and tracking that enables groups of Roboat units to unlatch from one another in one set configuration, autonomously decide on a collision-free path, and reattach to for a newly set configuration. The Roboat units can rearrange themselves from straight lines or squares into other configurations, such as rectangles, “L” and “Z” shapes. With this functionality we can, for instance, create on demand stages/platforms or pop-up bridges.

To enable smoother operations, the project developed two types of units: coordinators and workers. One or more workers connect to one coordinator to form a single entity, called a “connected-vessel platform” (CVP). All coordinator and worker units have four propellers, a wireless-enabled microcontroller, and several automated latching mechanisms and sensing systems that enable them to link together.

Coordinators, however, also come equipped with GPS for navigation, and an inertial measurement unit (IMU), which computes localization, pose, and velocity. Workers only have actuators that help the CVP steer along a path. Each coordinator is aware of and can wirelessly communicate with all connected workers. Structures comprise multiple CVPs, and individual CVPs can latch onto one another to form a larger entity. Each CVP uses a custom trajectory-planning technique to compute a way to reach its target position without interruption, while optimizing the route for speed.

Future use cases
The project is also exploring use cases where the boats can be applied in the city of Amsterdam. This year the project developed the concept of roundAround, the world’s first dynamic ‘bridge’ made of Roboat units. Keeping the center of Amsterdam connected to other areas that are rapidly (re)developing can be a challenge. Marineterrein Amsterdam – a new area in development – is separated from the City Center of Amsterdam by a waterway. roundAroundcould be applied to connect the two areas, using a dynamic ‘bridge’ that consists of autonomous boats.

The boats will autonomously move around the boats that pass by on the waterway. The idea of the roundAround concept is used to open up discussions to also consider innovative and dynamic ways to make changes to the city’s infrastructure. Deploying the autonomous vessels at Marineterrein Amsterdam would seamlessly fit the Living Lab ambitions of the area to test and develop scalable urban innovations. More about the roundAround concept can be read here or here.

As 25% of the city of Amsterdam consists of water surface, Amsterdam offers the ideal environment to expand its current infrastructure with the deployment of autonomous vessels, alleviating pressure from the relatively small but busy city center. For example, by using Roboat to collect waste from Amsterdam’s city center, the number of traffic movements within the city center can be reduced. For the scenic views on the Amsterdam canals Roboat offers a more attractive way of collecting household waste, which is currently still being placed at the curbs of the canals, distorting the view on the canals, taking up a lot of space and attracting rodents. More about this concept can be read in last years wrap-up.

Moving forward
As technological developments of the project are moving rapidly, the research program has decided to move forward with the development of the full-scale model. The 1:1 Roboat will measure 4 meters long and 2 meters wide and will provide a much more stable structure on the water compared to the 1:4 models. The project focuses on presenting the full-scale model in 2020.

In the upcoming year, Roboat wants to showcase that an autonomous electric vessel can solve real life problems in the Amsterdam Metropolitan Area. We will co-develop various use cases together with private companies with the goal to pilot Roboat’s technology on the waters of Amsterdam. For example, transporting construction materials & debris over the canals and collecting household waste in the Amsterdam City Center. The project will also look into how to effectively connect the boats to the sides of the canals, which can vary greatly in structure and design. All in all, the fourth year of research will bring us very close to the final prototype. An exciting next phase of the project. We are thrilled to share and demo the full-scale prototype in 2020 in the Amsterdam waters at Marineterrein Amsterdam. 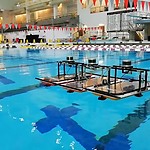