Which is the world's most biodiverse city?

Never before have we lived in such an urban world. Asphalt and concrete extend themselves over the earth, water disappears undergroundand steel and glass sparkle under the sun. Urban expansion is one of the chief characteristics of the freshly minted Anthropocene era.

Yet hunters still leave the fringes of Mexico City to stalk game among the dormant volcanoes inside its southern limit. People are killed by leopards in the informal slums invading Sanjay Gandhi National Park within the megacity of Mumbai. Woodpeckers hammer the trees of Sao Paulo’s Ibirapuera urban park; badgers raise their young in hidden locations in London; and penguins walk the beaches of Cape Town. Diminishing ecosystems are somehow hold together under the pressure of urbanisation.

Humans have always been attracted to sites with a great natural variety of plants and animals. The most biodiverse cities encompass several biomes, combining ocean and dry land habitats, lakes and mountains, or forests and savannahs. But to calculate which city is the world’s most biodiverse is complicated. Not all cities have the same area within their administrative limits, or the data necessary.

A monkey crosses a road as motorists travel along it inside the Sanjay Gandhi National Park in Mumbai. Photograph: Divyakant Solanki/EPA

Two of the world’s largest megacities, Sao Paulo and Mexico City, are surprising candidates for the title. Sao Paulo perches between Brazil’s great Atlantic rainforest and the tropical savannah of the Cerrado – two highly rich biomes – allowing the megacity to surpass even the Amazon river port of Manaus in biodiversity, according to conservationist Denise Rambaldi. “One lesson from the reintroduction of the Golden Lion Tamarin monkey in the Mata Atlantica is that it is much cheaper to preserve species in a particular area than to reintroduce them,” she says. Mexico City, meanwhile, was founded on lakebeds where the deserts of the northern highlands encountered the wooded volcanoes of Mexico’s neo-volcanic axis. Even now, it still contains 2% of the world’s species within its city limits.

Singapore, in the Sundaland biodiversity hotspot – a term used for regions where great biodiversity is threatened by destruction –
is another interesting contender. Extending through Malaysia to Borneo and Bali, this high-density city, with its 392 species of birds, has made greening and biophilia an integral part of urban planning.

A male baboon in Cape Town, which is home to 83 species of mammals. Photograph: Paula Bronstein/Getty Images

By law, in certain areas, developers are responsible for replacing the greenery they occupy for construction. The result is a city of rooftop gardens, interconnected parks and a biodiversity-spotting app allowing citizens to record sightings of plants and animals. Amazingly, Singapore has managed to increase both its population and its green spaces at the same time. Since its independence, the citystate sought to distinguish itself by being clean and green, and today it has a 40% vegetation cover, despite its high density.

By way of comparison, Greater London has an average tree cover of 19.5%; Los Angeles was recorded as having 13% in 2015 after a dramatic decline from 21% in 2008. Several other biodiverse cities – Medellin in Colombia, Iquitos in Peru, Brunei, Kunming in China, and Mumbai – are contenders for a position in the top five. In the index proposed by the Cities and Biodiversity Outlook, biodiversity itself is not the only indicator to consider. Some cities such as Singapore, as well as Curitiba, Barcelona and Melbourne, are notable precisely for their leadership in recognising and exploiting biodiversity as a policy-making tool and an integral part of urban wellbeing.

A group of wild otters sand-bathing on the beach along Kallang basin in Singapore. Photograph: Roslan Rahman/AFP/Getty Images

Indeed, a study from Denmark shows that people living more than one kilometre from a green area had higher odds of experiencing stress than people living within 300 meters. Increased stress impacts mental health, increases risks of heart attacks and diabetes – so it is not surprising that access to parks has been shown to increase home values from 5% to 7%.

The world’s most biodiverse countries – Brazil, Colombia, Indonesia, China, Mexico, Peru, Australia, India, Ecuador and Venezuela – are tropical or semi-tropical, and rapidly urbanising. Nature can seem a lesser priority here, trumped by water supply, paving, housing, education, health and other issues. But Singapore, for example, has shown that biodiversity can be part of the solution to many of these problems; it can be an integral part of urban infrastructure which prevents flooding, mitigates extreme temperatures and filters pollution, as well as promoting tourism and better health.

The world’s most biodiverse urban area, in raw numbers and with an understanding for its value, could be Cape Town, according to Thomas Elmqvist, editor of Urbanization, Biodiversity and Ecosystem Services: Challenges and Opportunities and leader of the United Nation’s City and Biodiversity Outlook Project.

The Western Cape, where Cape Town is located, contains 50% of all mammal species in South Africa. Baboons, ostriches and zebras, live in Table Mountain National Park, while whales, seals and otters swim off its shores. The stability of Cape Town’s climate on the southern tip of Africa has enabled it to become home to approximately 3,000 species of plants, 361 species of birds and 83 species of mammals.

It is a sad reality that this biodiversity is under threat: as its human population has increased by more than 30% since 2011, 318 types of plants, 22 types of birds and 24 types of animals are in danger of extinction. But Cape Town is taking a variety of measures to protect and preserve this incredible natural asset. One species endemic to South Africa, however, is not likely to be at risk any time soon, adorning balconies throughout the world as it does. Next time you see a geranium in bloom, think of the world’s most biodiverse city, fighting against the tide.

Icon afbeelding: Which is the world's most biodiverse city? - The Guardian 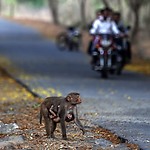 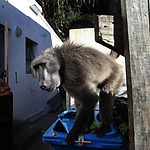 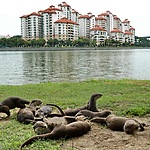