You know what needs to be done: save nature, end the biodiversity crisis, help protect humanity. What you might not know is how we’re going to do it. The best contemporary science and traditional wisdom tell us that nature needs half. That may seem like a lot, but we have a plan for how to get there and transform the way society thinks about and benefits from nature.

Nature Needs Half is an international coalition of scientists, conservationists, nonprofits, and public officials defending nature at the scale she needs to continue to function for the benefit of all life, and support human well-being. And we've got a global ground game in place that will protect 50% of the planet by 2030, turning the tide in favor of Earth's life support systems and transforming society's relationship with nature, one ecoregion and country at a time.

Video: What is Nature Needs Half

Have you ever wondered why some places seem to effortlessly achieve conservation successes while others find it more difficult? Check out these in-depth studies on how countries around the world have achieved or are attempting to achieve half.

India is home to 1.3 billion people and 8% of the world’s most biodiversity, placing it among the most mega-populated and megadiverse countries. For these reasons alone, advancing protection for nature in India is as necessary as it is challenging. India’s human population is dependent upon this region’s rich biological diversity, and both the human and natural environment will accrue substantial benefits from the expansion of interconnected protected areas.

Many of the case studies for Nature Needs Half have involved an area within a defined political jurisdiction at the national, provincial or city level.  It is important to note however, that nature crosses borders and that an ecological region is often spread amongst many different political jurisdictions.  This is the case with NNH case studies  including the Maloti-Drakensberg Transfrontier Conservation Area, the South Caucasus Eco-Region, and the Silk Road.  The most ambitious and the largest transfrontier conservation area in the world, however, is known as the Kavango-Zambezi Transfrontier Area.

As criminal extractive industry undermines the ecological foundation of the Amazonian rainforest, the Kayapo defense of traditional lands is a glimmer of hope for the last large block of southeastern rainforest, lands large enough to sustain healthy ecological processes and endangered species. Drawing strength from a coalition of Kayapo leaders and the international NGOs who support them, 35 Kayapo villages withstand the coercive tactics of illegal miners and loggers while successfully caring for the forest upon which they depend for the continuation of their culture. The Kayapo Indigenous stewardship of the rainforest demonstrates the stunning potential for conservation and traditional cultures to work together for the benefit of nature.

Namibia’s protected area system is one of the most comprehensive in the world (covering over 42% of Namibia’s land mass and 12,000 km2 marine protected areas) and sustains healthy human and wildlife populations. Engaging a cross-sectoral suite of land owners and managers, Namibia has cultivated ecological connectivity that is second to none. With the recent declaration of Dorob National Park in 2010, Namibia became the first and only country in the world to have its entire coastline (1,500km) under protection via a network of four National Parks. Namibia is an example par excellence of the Nature Needs Half vision.

By creating a reserve network that protects 45% of its total land area, 7.7% of its marine coastal environment, and 45% of its forests, Tasmania has established a steadfast commitment to conserving the state’s incredible landscape and biodiversity. And, with the development of the Forest Agreement of 2012 to provide for the protection of an additional 500,000 hectares of the state’s native forests, Tasmania is demonstrating its continued dedication to expanding the amount of area to be protected for wild nature. 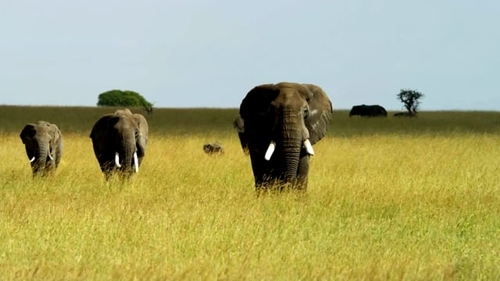