Since the development of AI and the systems found in nature are closely related, it is important to know how and which aspects of AI are inspired by nature. Also, by relating AI to nature the digital world of AI becomes less abstract and better to understand.

Swarm intelligence is group of optimization algorithms that takes inspiration from how collective intelligence work. Some of the very effective results of evolution are insects like bees, termites and ants. While individually any of these insects may not appear to be very intelligent, they cooperate and work as a group to find solutions to complex problems like finding an optimal route to the source of food.

An example of Swarm Intelligence include Ant-based routing. Ant-based routing is a technique in which multiple paths are set up between the source and destination of a data session or a graph. The aim of AI is then to find the best path by testing existing paths and exploring new ones.

Genetic algorithms find application in for example optimization problems. The goal of the optimization problem technique is simply to find the best solution from all possible solutions. The more data the AI has, the more assumptions it can make and thus the bigger the chance that it will find better solutions .

Artificial Neural Networks (ANNs) take their inspiration from how brain functions. Just like the human brain, neural networks also make use of neurons, axons, synapses and dendrites to transfer signal from the input layer of the network to the output layer. Neurons can be considered as simple computing cells and are fundamental to the operation of ANNs. ANNs use a large interconnection of neurons for optimal performance. Axons are the transmission lines or the nerves through which the signal travels between the neurons. Synapses are the nerve endings and Dendrites are the receptive zones of the neurons.

The key function of a neuron is to apply weights to all the inputs signals received from other neurons, add them and apply a bias and an activation function to limit the amplitude of the output. Once the signal travels through the network and reaches to the output layer, it is compared with the desired output using a cost function and an error signal is fed back to the network. The network then adjusts the weights applied to the signals and re-transmits an updated signal towards the output layer. This process continues until the error gets reduced to acceptable limits. Once this is done, the network training completes and it becomes ready to make predictions on the unseen data.

The natural world has always designed intelligent systems. Everywhere you look, the natural world bursts with examples of complex adaptive systems. However, nature has a significant advantage on its side: time. The majority of these systems are the result of years and years of evolution. Years during which they went from one configuration to the next until they found the best way to solve the task. Technology does not have the luxury of perfecting a solution over millions of years nor can we afford catastrophes. With all their differences, nature and technology should not be excluding each other. We should pay close attention to the natural world. Start by finding out if a biological system has not already solved the problem. If it has, then there is no point in reinventing the wheel, extract the fundamental principles and methods and transfer them to the problem we are trying to solve. Nature is a source of inspiration, while technology is the engine for creation

Rohrer, B. How optimization for machien learning works. 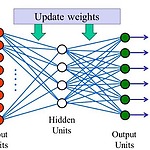 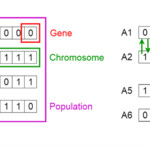 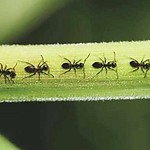