Dezeen: Dutch Pavilion questions the premise of Venice Biennale with Who Is We? exhibit

In response to the Venice Architecture Biennale's theme How will we live together?, architect Afaina de Jong and artist Debra Solomon have answered with another question in the Dutch Pavilion: Who is we?The Netherlands' contribution to the 17th Venice Architecture Biennale is coordinated by the Het Nieuwe Instituut. Its team argues that the "we" in urbanist discourse often excludes not only marginalised peoples but also important non-human entities such as plants and animals.

"As social and ecological urgencies demand immediate care and action, Who is We? is an empathic plea against homogeneity and monoculture," said Het Nieuwe Instituut head of agency Francien van Westrenen, who curated the exhibition.

"Differences and plurality create the relationships and interactions essential to build resilient societies and cities."

It challenges the Biennale theme with the question Who Is We?

In the exhibition, de Jong explores how architecture can be more inclusive of diverse identities, while Solomon calls for the inclusion of whole ecosystems.

"I think we often – knowingly and unknowingly – design with a very small group in mind, maybe only 10 per cent of people," said de Jong.

"If we want to talk about how we will live together, we first have to get a true understanding of how different people live; what their lived experiences are," de Jong added.

Her contribution encompasses a performance space called Space of Other, an installation that will host digital performances and talks during the Biennale.

The Dutch Pavilion is presented by the Het Nieuwe Instituut

De Jong describes the installation, created with InnaVisions, as having a floaty and transparent spatial quality that contrasts with the surroundings of the modernist Dutch pavilion.

There is also a manifesto and glossary called The Multiplicity of Other, with videos exploring her research practice.

"My contribution is not about finished research that has all the answers, rather it is an ongoing practice," de Jong said. "It's about questioning the aspects of life that we take for granted."

"The whole basis around how we work is biased, in a way," she continued. "Or at least, it's viewed from a particular lens that has excluded many people — their knowledge, their practices — for a long time."

Alongside de Jong, Solomon presents video works under the title Multispecies Urbanism. They present a vision for democratic urban design where ecosystem management and care are the driving force.

"This is not about 'tree hugging'; it's about creating a weave of ecological, social and policy approaches that produce new forms of governance," said Solomon.

One of her videos focuses on the Amsterdam Zuidoost Food Forest Community of Praxis, which works towards producing more accessible public space for both humans and "more-than-humans".

Another video showcases her own organisation, Urbaniahoeve ("the city as our farmyard"), and the positive effects it noted on humans, nature and animals after building a pond in an urban food forest.

The Space of Other installation was developed with InnaVisions

"Ecosystems maintained like this can prevent and buffer the effects of climate crisis on a local level," she said.

Who Is We? is in the Dutch Pavilion from 22 May to 21 November

"These spaces designed by and for a multitude are pleasurable, produce more diverse and thus healthier communities of humans supporting a diversity of more-than-humans," she added.

Photography is by Cristiano Corte.

Who Is We? will be on display in the Giardini as part of the Venice Architecture Biennale, which takes place from 22 May to 21 November 2021. See Dezeen Events Guide for all the latest information you need to know to attend the event, as well as a list of other architecture and design events taking place around the world. 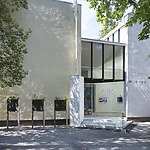 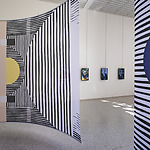 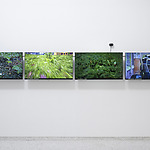 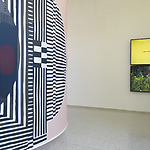 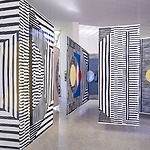 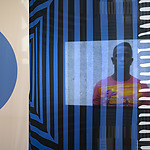 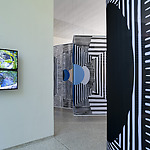