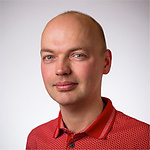 Centrum Wiskunde & Informatica (CWI) is the national research institute for mathematics and computer science in the Netherlands. Founded in 1946, CWI is part of the Institutes Organisation of NWO, NWO-I. While located at Amsterdam Science Park, the institute has strong international links, and enjoys a global reputation for its innovative research.